Countries that have raised their

Arrow lengths are each country’s most recent increase in percentage

The Eurozone rate will increase by 0.25 in July. 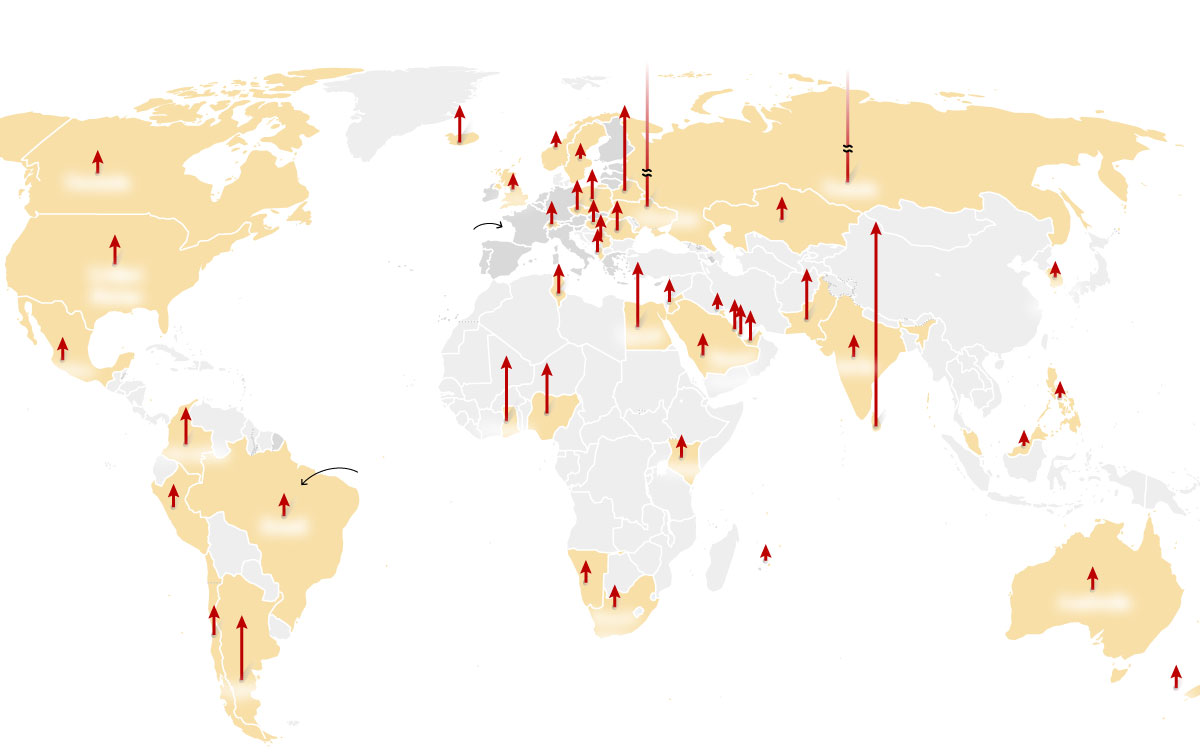 Countries that have raised their policy interest rate this year

Arrow lengths are each country’s most recent increase in percentage points. 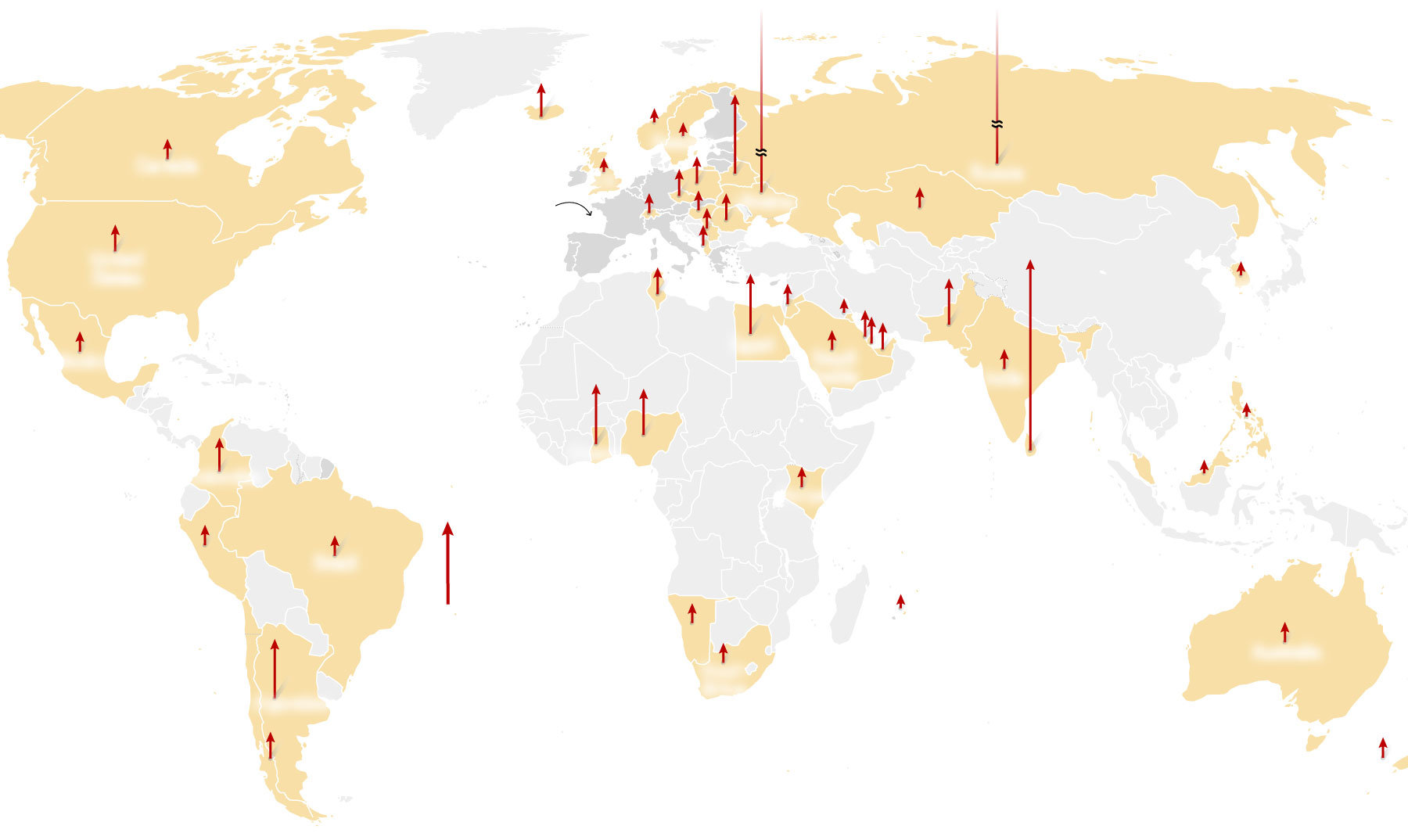 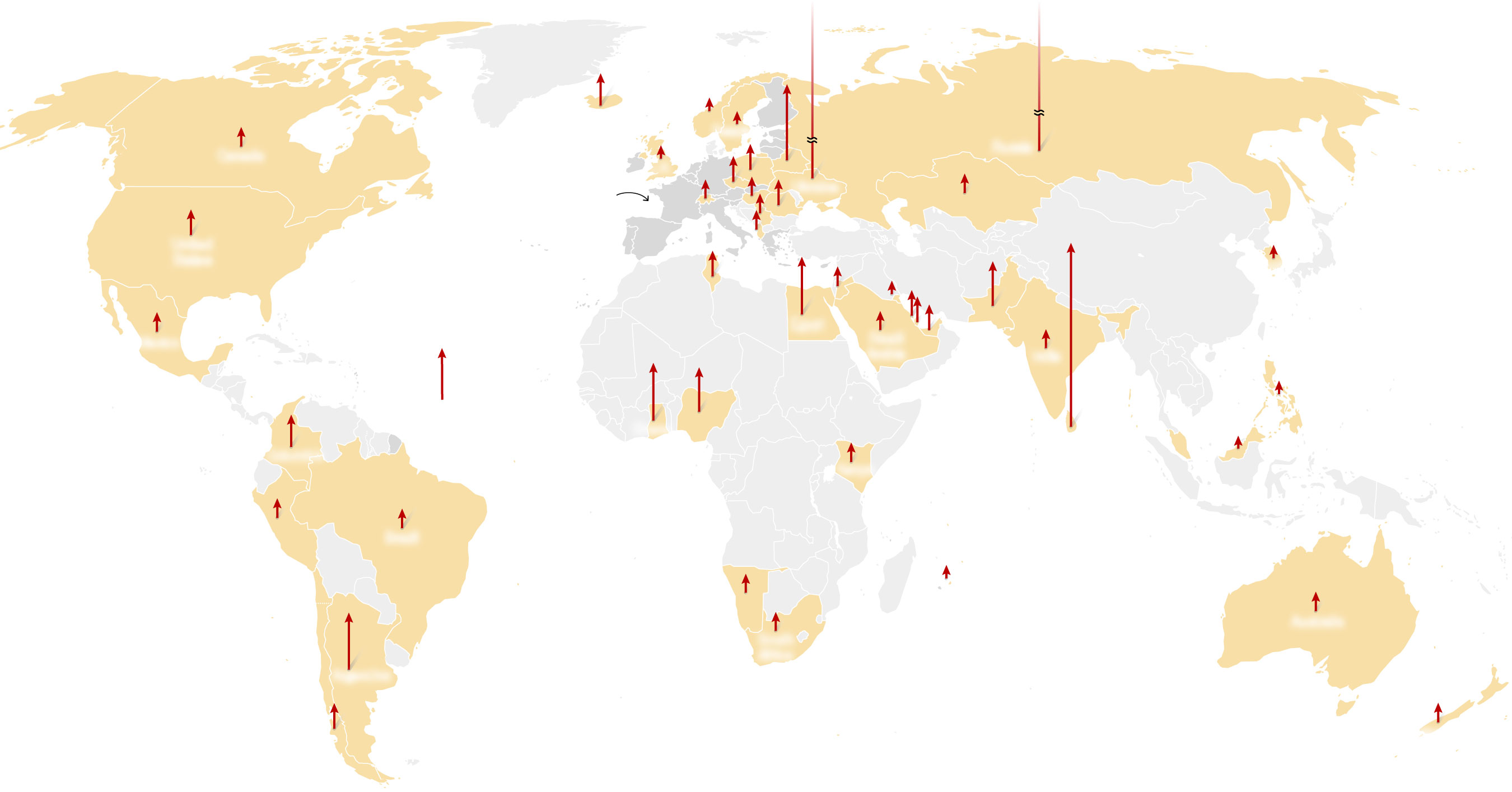 Arrow lengths are each country’s most recent increase in percentage points.

Data as of Thursday morning.

Nearly four dozen countries have raised interest rates in the last six months, as central banks in the United States, England, India and other nations push borrowing costs higher in a bid to contain the most rapid inflation in decades.

The Federal Reserve on Wednesday drove up its benchmark policy rate — its third increase this year and its biggest since 1994. Within hours of the Fed’s move, Brazil, Saudi Arabia and others announced rate changes. Switzerland and Britain followed suit on Thursday morning.

So far in 2022, at least 45 countries have lifted rates, data from FactSet shows, with more moves to come.

Higher rates are powerful tools for fighting rising prices: They make borrowing money more expensive, which weighs on consumer demand and business expansions, in turn cooling economic growth and slowing hiring. That can translate into weaker wage growth for households and less pricing power for companies, eventually pulling down inflation.

It is a delicate balancing act, one that puts pressure on policymakers to rein in the economy without sending growth tumbling. Economists and investors see that as an increasingly daunting challenge. As the World Bank and other institutions issue grim forecasts, worries of a looming recession have grown.

The Fed is poised to continue raising rates this year, most likely at a rapid pace. The European Central Bank has signaled that it will raise rates in July for the first time in 11 years, and investors increasingly believe it will move quickly as it tries to slow the economy. The Bank of Canada may also announce a large increase next month, after having already raised rates two weeks ago. Similar shifts have been announced by many of the world’s largest economies.

One outlier is Russia. Its central bank raised interest rates above 20 percent soon after the country invaded Ukraine. In the months since, Russia has made four cuts to bring levels down to what they were before fighting began — even as the course of the economy there remains uncertain. 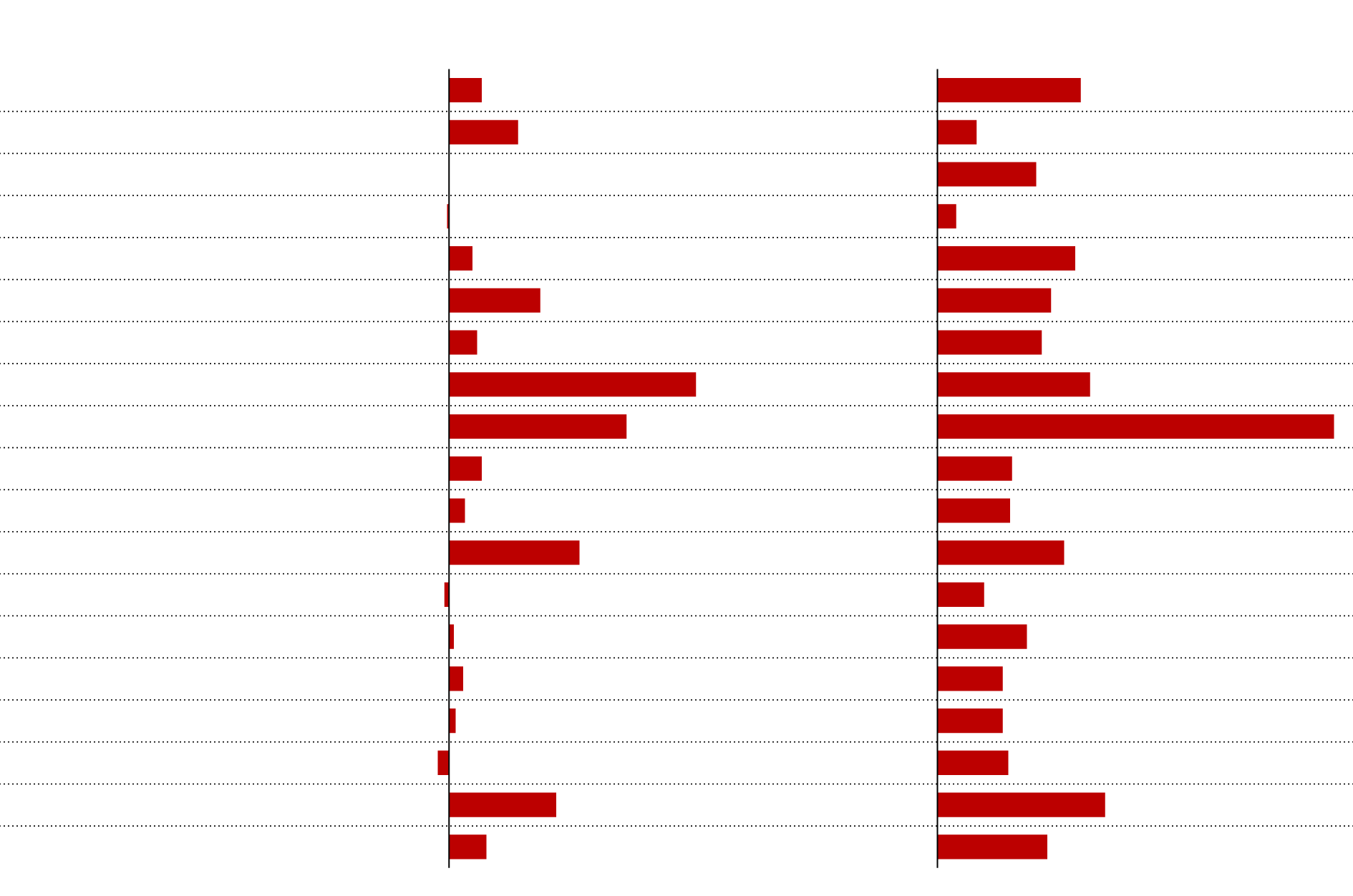 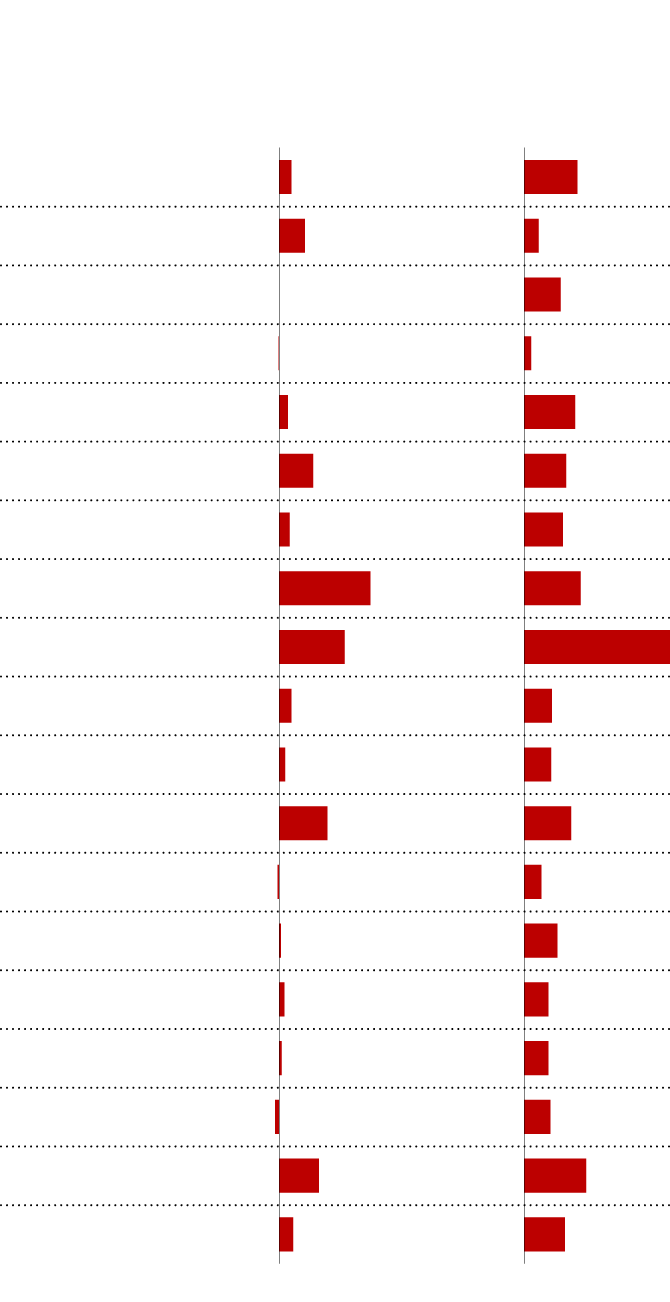 The world’s upward march is a big departure from the policy approach following the financial crisis, when central bankers often made increases in fits and starts — if at all.

Before the coronavirus, economists thought that the world might be stuck in a low-rate, low-inflation, slow-growth trap — and many of the world’s economies began to push rates down.

But after the outset of the pandemic, government stimulus spending packages meant to cushion against the economic fallout ended up stoking demand. Supply chains were roiled by factory shutdowns, shipping woes and labor shortages. Combined, those forces revived long-dormant price pressures.

So far, inflation shows little sign of easing. American consumer prices picked up again in a report last week as gas prices surged and a variety of goods and services grew sharply more expensive. The war in Ukraine could continue to push up commodity prices, while efforts to contain the coronavirus in China and worker strikes in South Korea threaten to further disrupt the manufacturing of parts. Demand in America has largely remained robust, though it has shown early signs of easing, and consumers in some other parts of the world are beginning to pull back.

The question now is whether the global economy will be able to withstand a cycle of rate increases unlike any it has recently — and possibly ever — experienced. The outlook is not promising.

“The war in Ukraine, lockdowns in China, supply-chain disruptions and the risk of stagflation are hammering growth,” David Malpass, president of the World Bank, said in a report this month. “For many countries, recession will be hard to avoid.”

Newspaper is your news, entertainment, music fashion website. We provide you with the latest breaking news and videos straight from the entertainment industry.